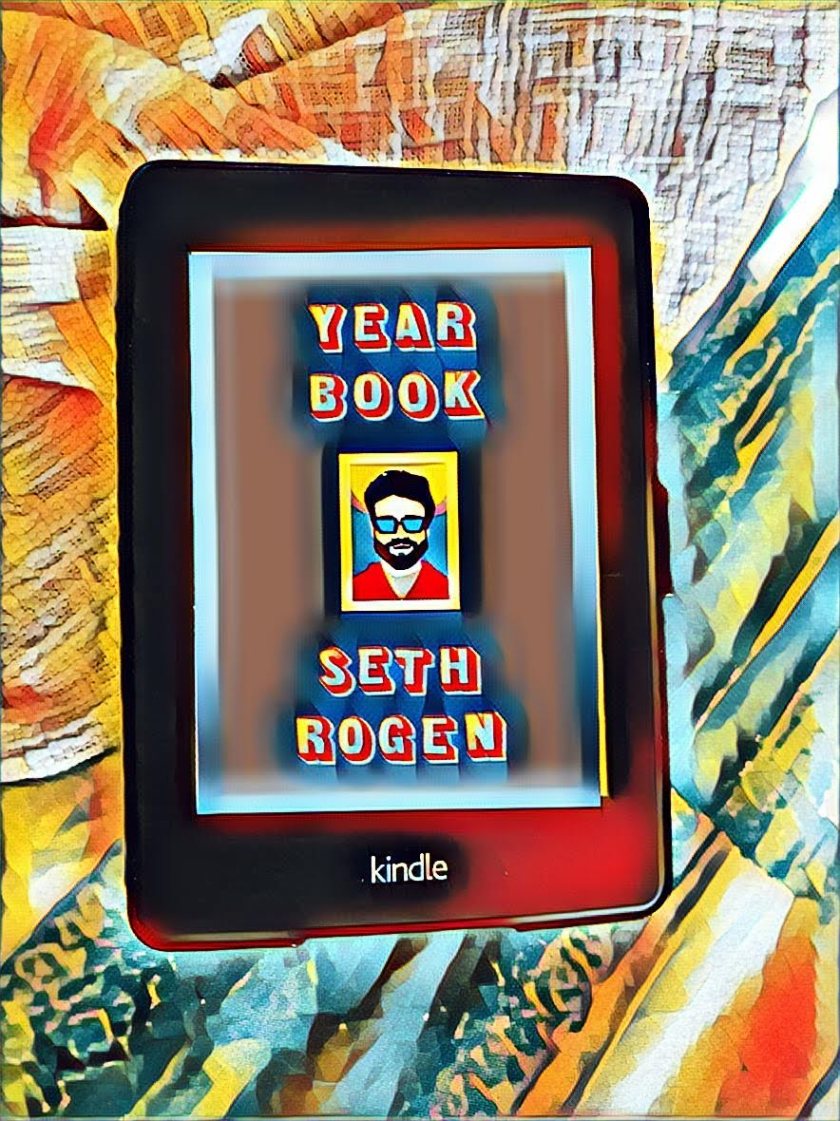 There’s this odd concept of functionality that people apply to some things but not others. Our feet need cushioning. Our skin needs protecting. Our muscles need exercise. Our asses need wiping. But our brains? Don’t touch those! They’re perfect, and if you’re having a hard time with yours and are smoking weed, it’s bad! Unfortunately, as well designed as people are, we just aren’t completely cut out for this world we live in. We need shoes, sunblock, exercise, toilet paper—and weed.

A lot of people highly recommend this book. Yearbook by Seth Rogen is a collection of real-life anecdotes from his childhood onwards. Go for it if you’re looking for a light read (so light you’ll be flying high) or for stories about his (strange?) interactions with some celebrities.

He talks about growing up in a primarily Jewish community in Canada. A common theme from pretty much the beginning of the book is how high he was on various drugs at various points in his life. It is kind of a coming of age story, except it seems like he is also stuck in his carefree teenage years. Good for him since it has obviously worked out great for him.

I don’t identify with stories that involve utter carelessness and often irresponsible behaviour. I don’t find them funny either. So this book wasn’t for me.

Sometimes quitting is great, I guess, which is not something they teach you as a kid. “Never quit, but sometimes do quit, ’cause you simply might not be that good at some shit.”

The book talks about some weird celebrity encounters he’s had, which he’s also talked about in talk show interviews. He talks about meeting his wife, which is surprisingly lovely. He also talks about the whole debacle with the North Korea cyber attack because of his movie – The Interview, and what actually went down behind the scenes.

Do I feel that this book glorified the use of drugs? Yes.

Do I feel that it’s a bad thing? Not necessarily. A few recreational drugs (cannabis) are legal in many parts of the world. As with any other addictive substance (alcohol and nicotine, for example), you need to consume it in moderation only. That being said, it is still a risky proposition to portray them as ‘cool’ and ‘harmless’.

I felt this could’ve been better as a podcast instead of a book. Would we still think these stories funny and endearing if they weren’t by a famous, rich (White-passing) man? You tell me.

Note: Some links are part of an affiliate program, which means that if you click on a link and buy something, I might receive a percentage of the sale, at no extra cost to you.