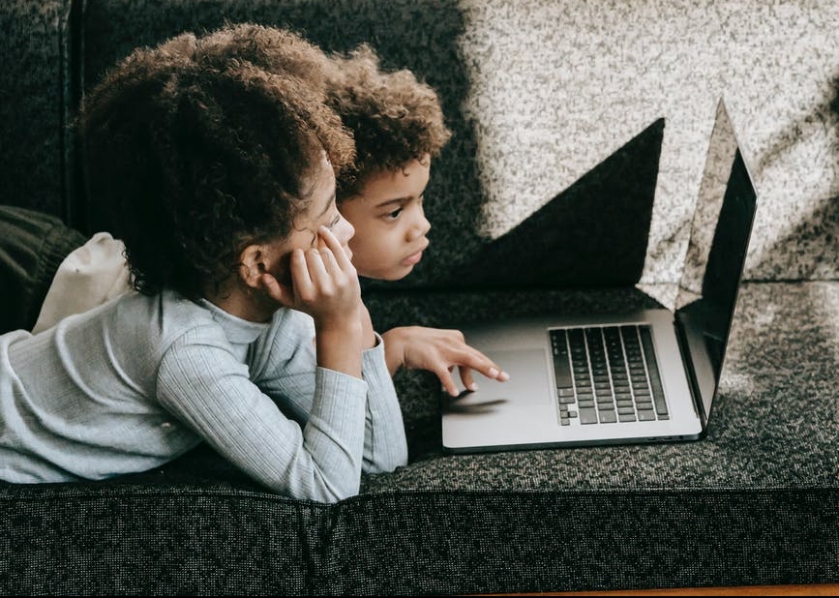 Screen time is one of the most common parenting terms around. While it might seem like a simple concept, it can get complicated when you’re trying to figure out how much screen time is too much. The average screen time during COVID lockdowns have increased drastically for all age groups, and not all of it can be avoided.

How much screen time is too much?

There is a lot of conflicting advice when it comes to how much screen-time children should have. Sitting in front of the TV or computer all day has long been considered unhealthy, but it’s only recently that doctors have delved into some of the effects and how much screen time is too much.

There is no doubt that the current generation of children and teenagers are using computers, smartphones, tablets, and TV for a lot more than just playing games. In fact, children are spending excessive amounts of time in front of a screen. According to statistics, the average screen time for a teenager is about 6 hours in front of a screen per day! To make things even more complicated, online classes that started during the pandemic are adding to that screen time.

The average screen time for adults whose work involves looking at a computer screen is over ten hours, which has gone up to over 15 hours during the 2020 pandemic. That cannot be a healthy lifestyle choice in the long run. It’s recommended that you have no more than 2 hours of screen time outside of your work needs. Not many of us can achieve that. I certainly cannot.

Research suggests that children who spend too much time in front of screens could develop depression and behavior problems. Screen time varies among kids, but there are some basic recommendations by age.

WHO recommends screen time for babies up to the age of 1 should be zero. Absolutely no screen except for video calls with friends and family. Toddlers aged 2 and 3 can have some screen time though it’s avoidable.

For older kids, their day needs to be managed accounting for adequate time for physical activities like sports, and sleep.

Till our son was 18 months old he barely got 15 to 20 minutes of screen time focussing on educational programmes. From then till he turned 5, he got an hour a day. Since last year, we’ve added a basic smartphone to his screen time which has increased to 2 hours.

Sometimes we extend it when all of us could use a break, and sometimes he goes to his grandparents’ house for some extra time where he’s hardly refused anything. There are also days when he’s so occupied with other activities that he completely forgets about TV time.

As a parent, I can see a clear difference in his behaviour on the days he’s watched extra TV. He’s a lot more lethargic, irritable, and dependent on a screen to entertain him. So we try to be strict with his screen time as much as possible.

How to limit screen time?

Have you tried everything to get your kids away from their screens? You have taken away devices, made them earn it back; but nothing has worked. You are not alone — many parents struggle with the loss of control over their kids’ screen time.

First step is to have a net nanny. Maybe even for the adults in the house. I had activated a setting on my phone for certain apps that would get locked after the time allotted to it (set by me). I had to disable that feature during the lockdown because that was how I kept some of my sanity through it all.

As a parent, you can’t always be around to monitor your child’s activity. That’s where screen time limits come in. You can set daily and weekly limits on how much time your kids spend on mobile devices. If they reach their limit, Google Family Link will notify you so that you can step in. That’s what we use to monitor our son’s phone time.

We decide the apps that he can use and for how long. If he wants to download something new, it needs to be approved by us. I feel it is a good training ground for him where he slowly eases into using a phone and learns to be responsible about using it before he gets a full access phone.

Things to do off screens

Many parents worry about their children getting too much screen time as children spend more time playing on tablets or watching tv by themselves than playing outside with friends. There are many ways to combat this and put a stop to it. You can use activities and alternative ways to entertain children instead of relying on the TV, tablet, or computer.

Follow my tips and tricks, try them out and you’ll see that you can raise your child with a healthy relationship with technology.

Kids learn from what they see. We ourselves are so hooked on our devices it’s little wonder that our kids want a device of their own too. Moreover, they will need to get comfortable with screens and using technology so it cannot be avoided. They just need to be introduced to it gently.

All said and done, don’t worry if you slip up once in a while and give in to extra screen time for the sake of everyone’s sanity.

You could just curate the games and programmes they watch to something you’re comfortable with.

We avoid YouTube (even the kids version unless we’re around), but I’ve made a playlist on it with some shows that are not available on streaming sites.

Some programmes he loves to watch that are also educational are Wild Kratts, Magic School Bus, and Stinky and Dirty. I shall do a review of some of these shoes soon!