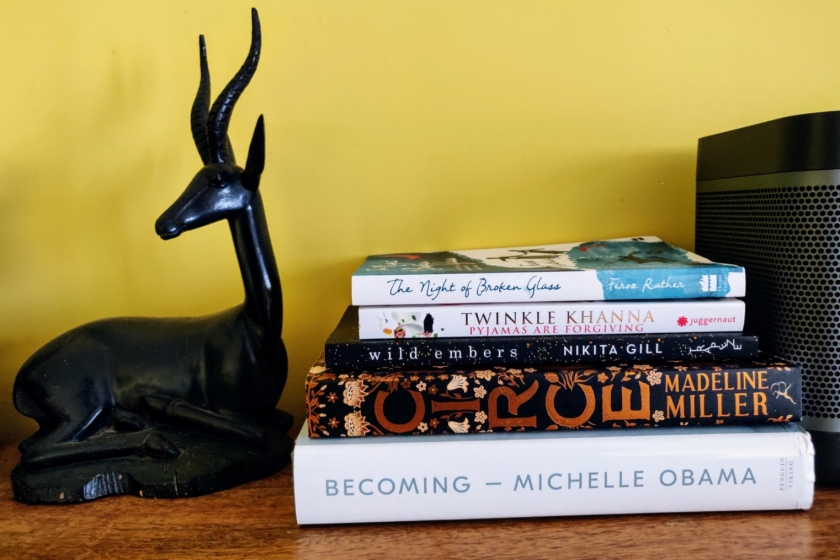 When you have read 50 books in a year, it’s safe to say not all of them can be (or need to be) reviewed. Even the ones I want to talk about are too many for a single post so I’ve divided them in three parts (and this rant).

I used to read whatever book piqued my interest at the moment either because someone recommended it to me or the blurb was well written. Then there was a list of books that were considered well known and famous.

After reading some ‘classics’, I wanted to add contemporary books to my list as well so I would try and look (mainly on Goodreads lists) for interesting books released in that year.

What I realised as I documented my reading lists, is that my list was very lop-sided – very Western, very White. I had not explored Indian authors since English Lit classes in college. My list barely had any authors from countries other than the UK or US. I found that to be a dreadful shortcoming; one I intended to fix.

I read about a young girl planning to read at least one book from every country in the world. What an idea!

As I made my list though, I realised that to find culturally diverse books and authors is not that easy. Going through several lists of books to be released for the year, hardly a handful that are mentioned are by people of colour. However, I persisted and got a handful of names from discussion boards, local listings, awards shortlists, to mention a few avenues.

There were Indian authors I’d never heard of, like the brilliant Manto. Why didn’t we study his works in English Lit classes? Why don’t we have more regional Indian literature translated for a larger audience like Perumal Murugan’s? Have you read Pakistani authors? So many new stories from so many different points of view.

Finding books from around the world was even more difficult. Translations are hard to come by. A lot of these are not available or are too expensive.

There are numerous books about the experiences of minorities written by White people that grab the limelight *cough* The Help *cough*, while books by minorities talking about their actual experiences struggle to get picked up by publishers.

So many stories with a spark wither away untold.

I urge you to consider your reading lists. Look out for stories and authors you wouldn’t normally read; dig a little deeper into the countless ‘must-read’ lists for the year; and when you find a hidden gem, share it as much as you can.

Diversify your bookshelf. It will bring you much joy. Trust me!